Young, Neil – Harvest – Vinyl LP 180gr
Neil Young – Harvest – Vinyl LP 180gr HQ in Gatefold sleeve
Remastered From The Original Analog Master Tapes!
Recorded at Quadrafonic Sound Studios.
Mastered at Bernie Grundman!
Harvest is the fourth album by the Canadian musician Neil Young, released on February 14, 1972 on Reprise Records.
It featured the London Symphony Orchestra on two tracks and vocals by noted guests David Crosby, Graham Nash, Linda Ronstadt, Stephen Stills, and James Taylor.
It was the best-selling album of 1972 in the United States. One of the most influential artists of all time, Neil Young has set a standard of artistic integrity and iconoclastic creativity.
Before starting his multi-platinum solo career, he was a founding member of the folk-rock band Buffalo Springfield and worked with the groups Crazy Horse and Crosby, Stills and Nash. 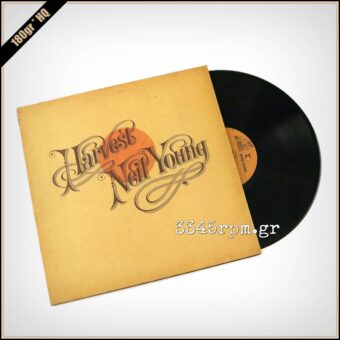