Richard Branson was the publisher of a small alternative music magazine in London in the early 1970s when he founded Virgin Records with his partner Simon Draper.
Together they recruited and developed new talent in the UK’s burgeoning music scene, signing and producing bands such as The Sex Pistols.
They also recognized the importance of world music, releasing records by John Lee Hooker, Peter Tosh, and many other blues and reggae artists.
Eventually Virgin would grow to be a worldwide music phenomenon, with platinum performers such as Roy Orbison, Devo, Genesis, Keith Richards, Janet Jackson, Culture Club, Lenny Kravitz, The Smashing Pumpkins, and more on their hit list.
Virgin: A History of Virgin Music was written in part by the late great 20th-century literary icon Terry Southern, with candid commentaries throughout by Branson, Draper and Virgin/EMI CEO Ken Berry on the Virgin artists and the evolution of the record label.
Featuring hundreds of rare publicity photos, album covers, candid snapshots and quotes, this is a hectic ride through Virgin’s hallowed past and a cool archive of a unique period in 20th-century music history. 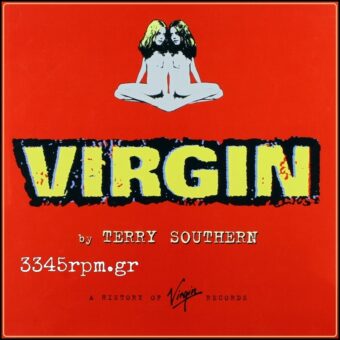