This recording dates from the beginning of André Previn’s golden era at the helm of the London Symphony Orchestra and has been newly cut at EMI’s Abbey Road Studios from the original stereo EMI Master Tapes.
It was recorded at London’s famous Kingsway Hall venue on 5 & 6 May 1972 and produced and engineered by the legendary EMI team of Christopher Bishop and Christopher Parker.

EMI made the recording in both stereo and quadraphonic, an early attempt at surround sound for the now defunct SQ vinyl format.
Hi-Q has used the superior balance of the stereo master tapes. 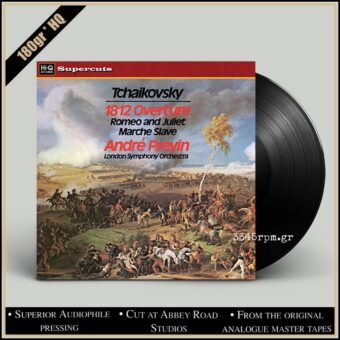