Rodriguez – Cold Fact – Vinyl LP 180gr + Mp3
Light in the attic unearths another lost treasure, this time the debut full length from Rodriguez.
Originally recorded back in 1969, Cold Fact was Rodriguez’s debut album that is now considered a psychedelic rock masterpiece.
At the time however, the album was barely a blip on the radar in the US, though he managed to become a sort of mysterious cult figure overseas in South Africa, Australia, and New Zealand of all places!
Thankfully LITA has rescued this album from obscurity and allows for Rodriguez’s raw, counter-culture vision to a whole new audience.
Find out why Rodriguez is spoken about with the same reverent tones as Hendrix, Dylan, The Doors, and Love with tracks like “Sugar Man,” “Establishment Blues,” “Like Janis,” “Inner City Blues,” and “I Wonder.”
12 tracks total on 180gr remastered vinyl.

Tracklist:
Side A:
A1. Sugar Man
A2. Only Good For Conversation
A3. Crucify Your Mind
A4. This Is Not A Song, It’s An Outburst: Or, The Establishment Blues
A5. Hate Street Dialogue
A6. Forget It 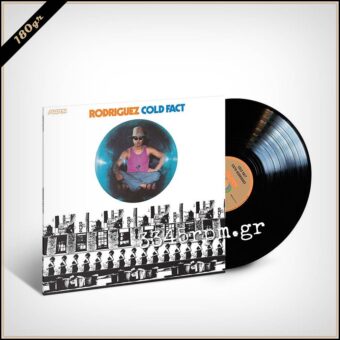