Revolutions in Sound – Warner Bros. Records The First Fifty Years
For half a century, Warner Bros. Records has rocked the world. Frank Sinatra, Neil Young, Joni Mitchell, Tom Petty, and Madonna have all recorded for the labeland this celebratory anniversary book tells their inside stories and hundreds more, with photographs, many never before seen, from the Warner Bros. archives.
Also featured are groudbreaking comedians, from Bob Newhart to Steve Martin.
This book goes into the recording studios and on the cover shoots, and on tour with the biggest names in music.
Join the 50th anniversary party in a nonstop celebration of American music. 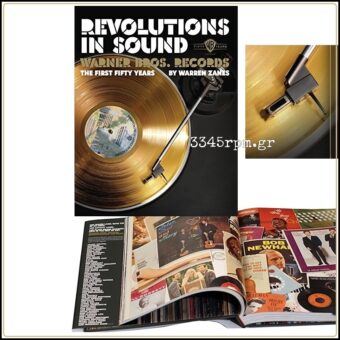