Pink Floyd –  Illustrated Biography – Music Book
This collection of classic, rare and never-before seen photos is guaranteed to blow your mind! Photos are drawn from the massive archive of The Daily Mail, and digitized specifically for publication in this book.
Formed towards the end of the 1960s, Pink Floyd quickly became renowned for their progressive music and thoughtful lyrics, as well as for the psychedelic lighting effects and quadraphonic sound at their concerts.
During the 1970s they released a series of concept albums, beginning with the phenomenally successful The Dark Side of the Moon, which shot the group to instant superstardom when it was released in 1973.
The following albums, Wish You Were Here, Animals and The Wall, confirmed Pink Floyd as one of rock music’s most critically acclaimed and commercially successful groups. 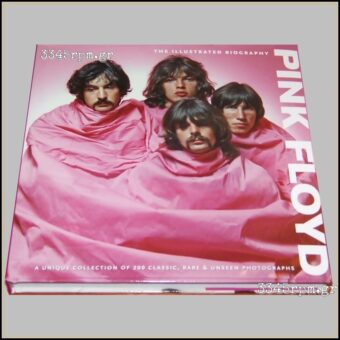