Persuasions – Sing The Beatles – SACD Hybrid
The Persuasions – Sing The Beatles – SACD Hybrid Multi-Channel Stereo DSD
– Plays on all SACD and CD players!
– SACD in Super Jewel Case with Booklet.
The Persuasions have led an incredible career innovatively adapting songs into their own inimitable a cappella arrangements.
Here they bring together incredible arrangements and adaptations of familiar Beatles songs, which take on an entirely new light in fresh, exciting ways. The Persuasions don’t merely cover Lennon/McCartney tunes, but rather respectfully honor these vanguards of pop writing by creating renditions that cut to the very essence of the original songs. 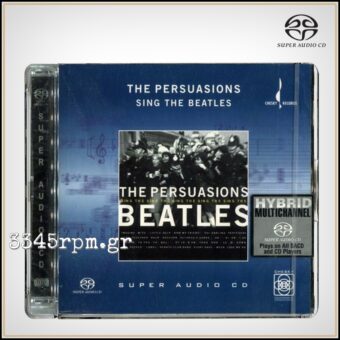