On this album, the perfect microphone, recording space, and vocal performance are in perfect alignment.
Long known for her seductively haunting voice, Folk Singer/Songwriter, Meiko, is releasing Playing Favorites, her first covers album on Chesky Records.
Featuring songs made immortal by luminaries The Cranberries, Otis Redding, Erykah Badu, Duran Duran, Blind Melon, and even Rick James, among many others, Meiko leaves her own indelible mark on these songs and will have you hearing them as if it were the first time.
Meiko has built a loyal following since her wildly successful self-titled release in 2007, along with subsequent releases The Bright Side, Dear You, Lovers & Fighters, Live Songs from The Hotel Cafe, and Moving Day.
Her albums have spawned the hits Stuck on You, Leave the Lights On, and been featured in shows such as Grey’s Anatomy, One Tree Hill, and The Vampire Diaries.
Part of the Chesky Binaural+ Series, all recorded with a single microphone, the band appears right before you with this spacious, lush and multi-dimensional recording.
Now headphone users will hear the same three-dimensional sound and imaging as audiophiles have for the past 25 years with Chesky Recordings.
Also these new Binaural+ Series albums capture even more spatial realism for the home audiophile market, bringing you one step closer to the actual event. You will hear some of the most natural and pure music ever recorded.
This Binaural+ recording was done with Theoretica Applied Physics’ BACCH-BM Pro in-ear binaural microphone, placed in the ears of a B&K 4128-C dummy head, and Crystal Microphone Cable. 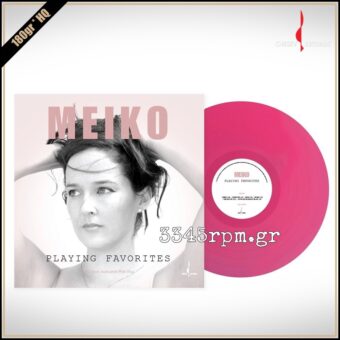