Marley, Bob & The Wailers – Exodus – Vinyl LP
Bob Marley & The Wailers – Exodus – Vinyl LP –  30th Anniversary
Described by Uncut as, “exemplary, crisp, and still astonishingly modern”, Bob Marley and the Wailers’ self-produced Exodus was recorded in Jamaica and London whilst Marley was recovering from an assassination attempt.
Released on Island’s Tuff Gong imprint in 1977, it is widely held as one of Marley’s masterpieces, featuring the huge hits ‘Jamming’ and ‘One Love’.
Cracking the US Top 20, as well as Top 10 this side of the Atlantic, the album stayed on the UK charts for over a year, and remains both a fan and a critics’ favourite. 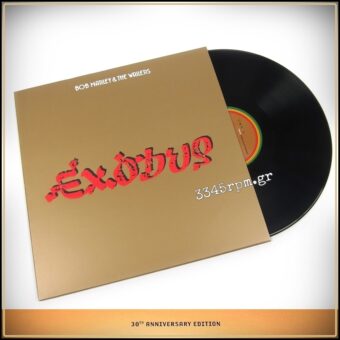