“…in feeling and momentary presence, Kletzki is hard to excel” Gramophone Jul 58
Paul Kletzki (1900-1973) was a Polish conductor and composer. He first joined the Lodz Philharmonic Orchestra at the age of fifteen and after serving in the First World War, studied philosophy at the University of Warsaw.
During the 1920s, his compositions were championed by Toscanini and Furtwängler, who invited Kletzki to conduct the Berlin Philharmonic Orchestra in 1925.
In the second half of the twentieth century, Kletzki was a renowned conductor, especially of Mahler.
In 1954, he was appointed chief conductor of the Liverpool Philharmonic Orchestra. Between 1958 and 1961, he was principal conductor of the Dallas Symphony Orchestra and from 1966 to 1970, he was the General Music Director of the Orchestre de la Suisse Romande.
He made many recordings for EMI with the Philharmonia Orchestra during the 1950s and 1960s. 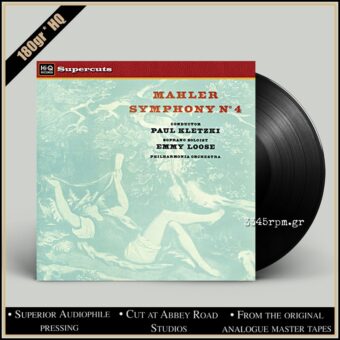