Out of Stock
Special Offer!

Jones,  Rickie Lee – Rickie Lee Jones – Vinyl LP 180gr
Rickie Lee Jones – Rickie Lee Jones  – Vinyl LP 180gr
Rickie Lee Jones is the debut album by singer-songwriter Rickie Lee Jones. After arriving in California in the mid-1970s, Jones started taking songwriting more seriously, and by 1977 had met singer-songwriters Chuck E. Weiss and Tom Waits. Jones had begun playing live in the Los Angeles area at the age of 21, and after meeting singer-songwri ter Alfred Johnson, the pair began writing and performing live together (most notably at the Ala Carte club.)
At a label showcase, Jones performed originals, including “Chuck E.’s in Love”, “The Real Thing Is Back in Town” and “The Moon Is Made of Gold.” This showcase performance, plus a demo containing “The Last Chance Texaco”, “Easy Money”, “Young Blood” and “After Hours” led to a record deal with Warner Bros.. For her major label debut, Jones scrapped “The Real Thing Is Back in Town,” but used the titular line in one of the album’s tracks, “Coolsville.” 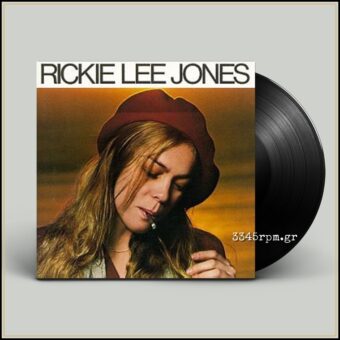