Jackson, Michael – This Is It – DVD Blu-Ray

Jackson, Michael – This Is It – DVD Blu-Ray

Michael Jackson’s THIS IS IT is a rare, behind-the-scenes look at the performer as he developed, created and rehearsed for his sold-out concerts at London’s O2 Arena.
Chronicling the months from April through June 2009, this film was produced with the full support of the Estate of Michael Jackson and drawn from more than one hundred hours of behind-the-scenes footage featuring Jackson rehearsing a number of his songs for the show.
In raw and candid detail, Michael Jackson’s THIS IS IT captures the singer, dancer, filmmaker, architect, creative genius and great artist at work as he creates and perfects his planned final London shows. 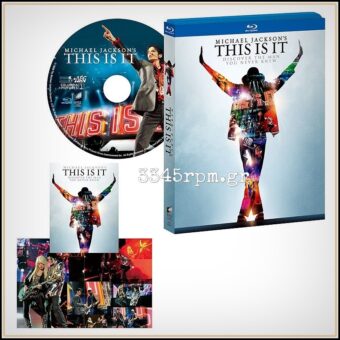