A decade into his recording career, pianist Horace Silver made the album that would endure as the crown jewel of a catalog that boasts numerous hard bop classics.
Song for My Father captured the transition of his quintet with two tracks taken from an October 1963 session with Blue Mitchell, Junior Cook, Gene Taylor, and Roy Brooks.
A year later Silver entered Van Gelder Studio again with a new band featuring Carmell Jones, Joe Henderson, Teddy Smith, and Roger Humphries for a session that yielded four more cuts including what would become his signature tune, “Song for My Father,” a dedication to his father that was inspired by both his Cape Verdean heritage and the music Silver had heard on a recent trip to Brazil.

This Blue Note Classic Vinyl Edition is all-analog, mastered by Kevin Gray from the original master tapes, and pressed on 180gr vinyl at Optimal.

Tracklist:
Side A
A1. Song For My Father
A2. The Natives Are Restless Tonight
A3. Calcutta Cutie 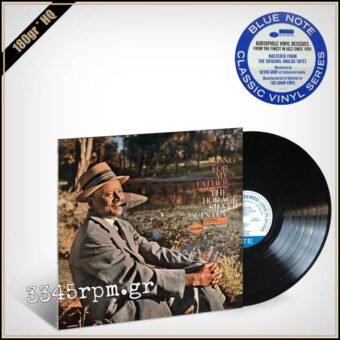