And so it came to pass that in the late 80’s there developed a unique new musical genre, blending elements of acid house and deep house with more traditional electric guitar work.
The Madchester sound, as it is now known, proved to be one of the more enduring movements of that time period, inspiring a number of major British bands, including many of the dominant Britpop bands of the Nineties including Manchester’s own Oasis.
The heart of the Madchester scene was the Hacienda nightclub, founded by Factory Records head Tony Wilson.
At the Hacienda, names like Paul Oakenfold and the Chemical Brothers-would play the Madchester groove while the fans raved the night away high on among other things the sheer joy of the music.
The kings of the Madchester sound were undoubtedly the Happy Mondays.
Led by brothers Shaun (vocals) and Paul (bass) Ryder, with Mark \Cowhead\ Day on lead guitar, Paul \ PD\ Davis on keyboards, Gary Whelan on drums and vocalist Rowetta, with the enigmatic Bez. Mondays shows were unforgettable experiences and not just gigs the like of which most rock and dance fans had endured for years before. With the Mondays in full flight (and usually higher than the audience) punters never left their shows unhappy.
After their third album, Pills \’n\’ Thrills \’n\’ Bellyaches charted in Billboard Magazine’s top 200, they embarked on their first tour of America. These recordings capture the raw excitement and the unique sound of the band playing away but coming home with the result they needed.
A huge dose of fun. 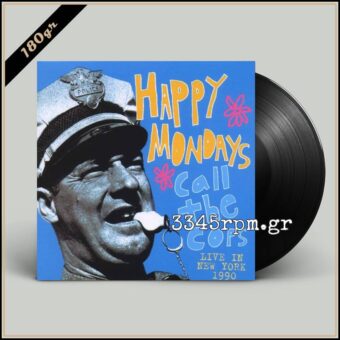