The late Sir Charles Mackerras was an extraordinarily versatile musician who could be relied on to give first class accounts of everything from Bach to Britten and was renowned as an interpreter of Mozart and Janacek.
In 1959, the small British label Pye asked him to record Handel’s ‘Music for the Royal Fireworks’ which was met with critical acclaim for ‘attempting to reproduce the sound Handel would have heard’.
Ever at the vanguard of authentic performance rather than authentic instruments, Mackerras took advantage of more modern recording techniques by re-recording the Handel at Abbey Road for EMI in 1976.

Recorded at No.1 Studio, Abbey Road on 8 October and 19 December 1976 by legendary Producer Suvi Raj Grubb and Engineer Robert Gooch. 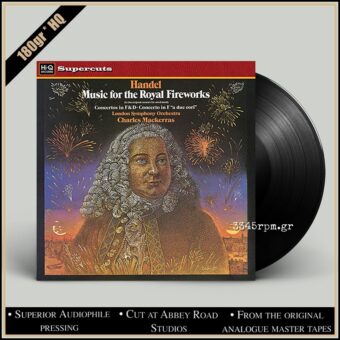