This is the ultimate compendium for the dancing queens and the hustle-happy who put on their boogie shoes, shook their groove thing, and felt the night fever!
From its beginnings in Paris, disco quickly spread around the world, taking hold of a small club on L.A.’s Sunset Strip and ultimately becoming a lifestyle that influenced everything from music and dancing to movies to fashion.
Disco captures this incredible phenomenon with great storytelling and lavish photos and memorabilia from the 1960s, ’70s, and ’80s. 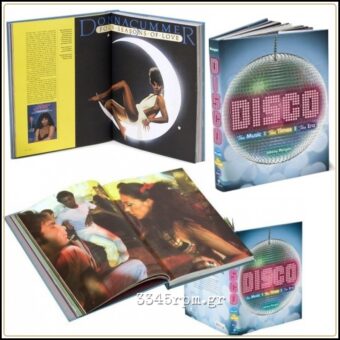