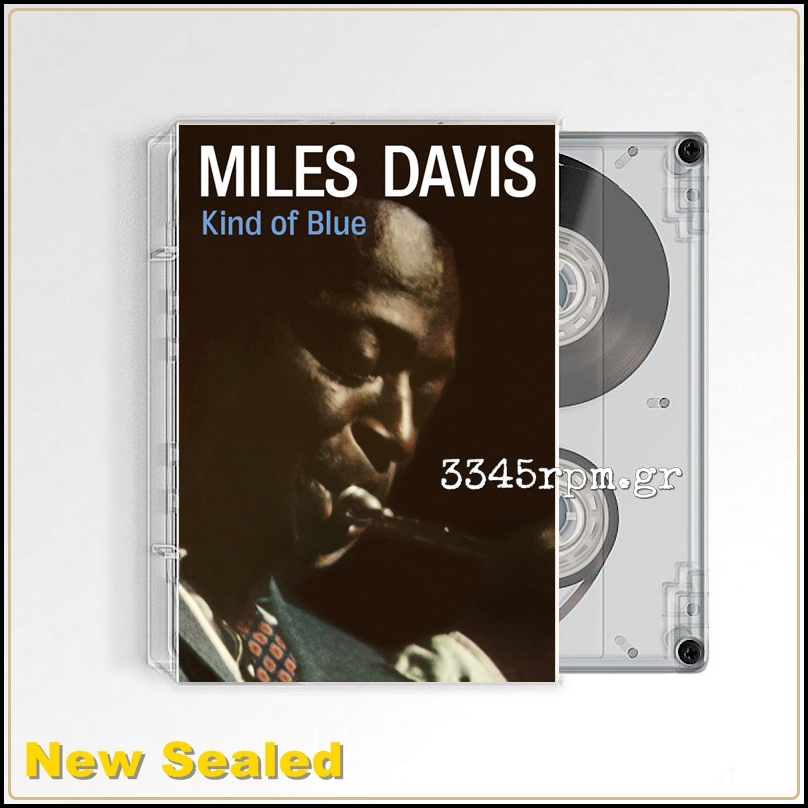 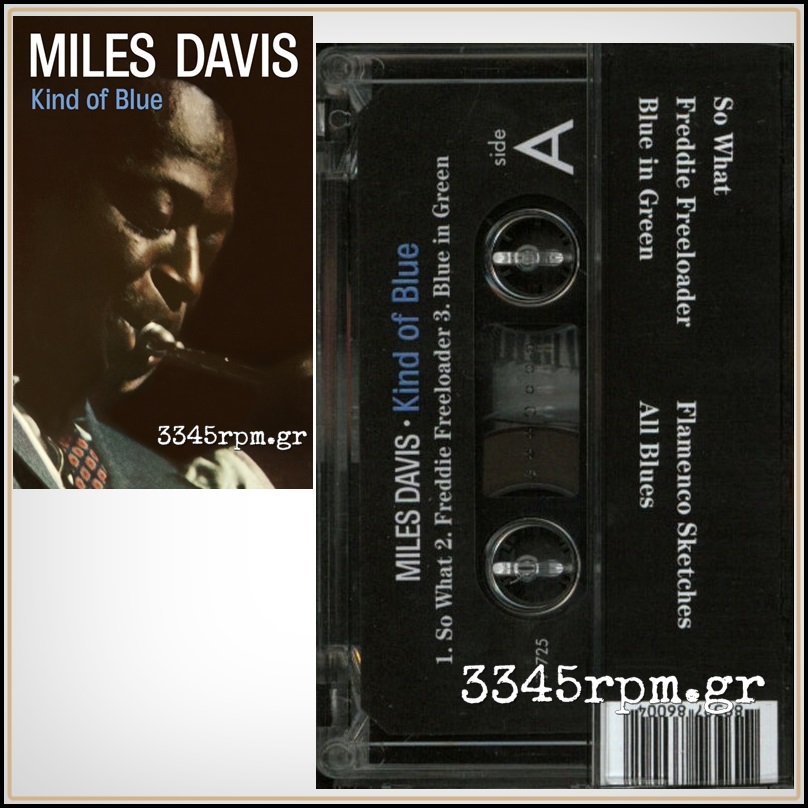 Davis, Miles – Kind Of Blue – Cassette
Miles Davis ‎– Kind Of Blue – Cassette
Miles on tape!!!
This is the ultimate Miles Davis album – the one that includes so many songs that we’ve heard way too much in Starbucks, in retail stores, or at a friend’s house who claims to be a “jazz expert”, but is really a yuppie dilettante.
Yet somehow, over all the years, and all those playings, the record manages to still sound fantastic – a truly inspirational piece of music that’s long deserved all the attention it gets!
Released August 17, 1959, on Columbia Records in the United States.
Recording sessions for the album took place at Columbia’s 30th Street Studio in New York City on March 2 and April 22, 1959.
The sessions featured Davis’s ensemble sextet, which consisted of pianist Bill Evans (Wynton Kelly on one track), drummer Jimmy Cobb, bassist Paul Chambers, and saxophonists John Coltrane and Julian “Cannonball” Adderley.
After the entry of Bill Evans into his sextet, Davis followed up on the modal experimentations of Milestones (1958) and 1958 Miles (1958) by basing the album entirely on modality, in contrast to his earlier work with the hard bop style of jazz.
Though precise figures have been disputed, Kind of Blue has been described by many music writers not only as Davis’s best-selling album, but as the best-selling jazz record of all time.
On October 7, 2008, it was certified quadruple platinum in sales by the Recording Industry Association of America (RIAA).
It has been regarded by many critics as the greatest jazz album of all time and Davis’s masterpiece.
The album’s influence on music, including jazz, rock, and classical music, has led music writers to acknowledge it as one of the most influential albums ever made.
In 2002, it was one of fifty recordings chosen that year by the Library of Congress to be added to the National Recording Registry.
In 2003, the album was ranked number 12 on Rolling Stone magazine’s list of the 500 greatest albums of all time!

Tracklist:
A1. So What
A2. Freddie Freeloader
A3. Blue In Green

B1. Flamenco Sketches
B2. All Blues