“Pollini, an eighteen-year-old Italian, gives a spine-tingling performance of this magnificent music and if you have not in the past thought it magnificent, listen to this performance and be converted.” GRAMOPHONE, November 1960

Maurizio Pollini (b.1942) burst onto the world’s music scene by winning the International Chopin Piano Competition in Warsaw in 1960.

Arthur Rubinstein, who led the jury, declared Pollini the winner of the competition, allegedly saying: “that boy can play the piano better than any of us”. Soon afterwards, he made this recording for EMI, his first commercial recording.

Pressed on 180g vinyl to audiophile standards using the original EMI presses by The Vinyl Factory in Hayes, England. 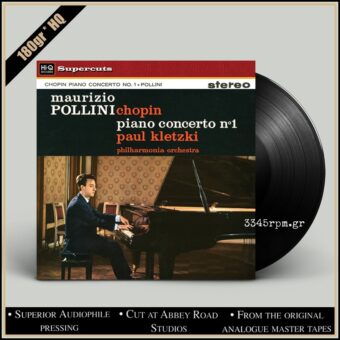