Brown, James – Live At The Apollo – Cassette
James Brown – Live At The Apollo 1962 – Cassette
Many albums are hyped as legendary… few deserve the accolade.
Live At The Apollo 1962 is one of those rare albums that lives up to the hype.
Released despite label misgivings, Live at the Apollo cemented James Brown’s reputation as the unchallenged master of soul music.
Deejays played the entire album at one stretch – this in an era when radio programmers rejected four-minute singles because they were too long – and the record reached number two on the billboard pop chart, a previously unheard-of achievement for a gritty R&B album.
This is a document of one of America’s greatest performers at the peak of his artistic powers.
Brown’s singing is orgasmic – just listen to the opening squeal on I Go Crazy’ – and the intensity never lets up.
Brown drives his crack band through breakneck versions of early hits before dragging them through the 11-minute bump-and-grind of Lost someone, the high point of a show that is nothing but high points.
Decades later, this is still one of the greatest live albums of all-time! 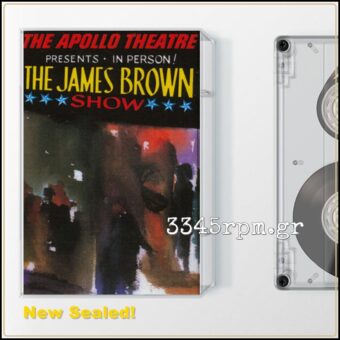