GRAMMY-nominated blues-rock guitar icon Joe Bonamassa announces his brand-new studio solo album, Blues of Desperation (J&R Adventures), which was released March 25, 2016.
Like his previous solo disc, 2014’s Top 10 Billboard hit Different Shades of Blue, this record features all-original material, and it sees the maverick superstar guitarist, singer and songwriter tossing away the rule book as he continues to reinvent and redefine the blues-rock genre like no other artist working today.
“I want people to hear my evolution as a blues-rock musician,” says Bonamassa, “somebody who isn’t resting on accomplishments and who is always pushing forward and thinking about how music can evolve and stay relevant.”
The writing sessions for Blues of Desperation took Bonamassa back to Nashville, where he’d composed Different Shades of Blue, to work with some of Music City’s top tunesmiths, people like James House, Tom Hambridge, Jeffrey Steele, Jerry Flowers and Gary Nicholson.
“These are some of the best guys in the business,” Bonamassa raves.
Lyrically, you’ll hear the proverbial trains, mountains, valleys and other blues references about heartbreak and loneliness but there are also some poignant moments about getting away from the stressful, crazy demands of life and losing yourself with your special someone. I think anybody will be able to relate.”
Bonamassa and his longtime producer Kevin Shirley (Led Zeppelin, Iron Maiden, Journey) convened at Nashville’s Grand Victor Sound Studios (formerly known as RCA Studio A), and during an intense, five-day period they recorded 11 galvanizing songs with a crack group of musicians including drummers Anton Fig and Greg Morrow, bassist Michael Rhodes, keyboardist Reese Wynans, horn players Lee Thornburg, Paulie Cerra and Mark Douthit, and background singers Mahalia Barnes, Jade McRae and Juanita Tippins… 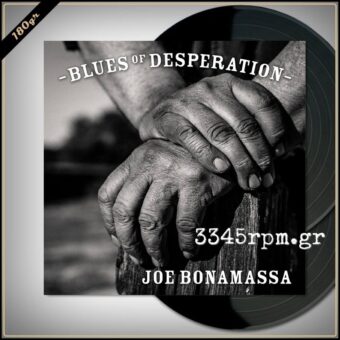