Aerosmith – Pump – Vinyl LP 180gr + Mp3
Selling seven million copies in the US alone, 1989’s Pump re-established the Boston quintet as a major commercial and critical force, awarding the band their first Grammy in the process.
Propelled by the singles (and genre-defining videos) for ‘Janie’s Got A Gun’, ‘What It Takes’, ‘The Other Side’ and of course, ‘Love In An Elevator’, the 12 month tour to support the album would help it become the fourth best-selling record of 1990.
Having released a dozen platinum selling gems since their 1973 debut, the band also found time to make appearances on MTV’s ‘Wayne’s World’ as well as guests in cartoon form at Moe’s Tavern on The Simpsons. 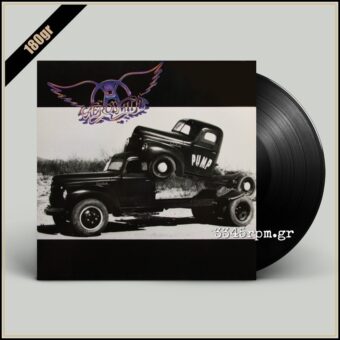